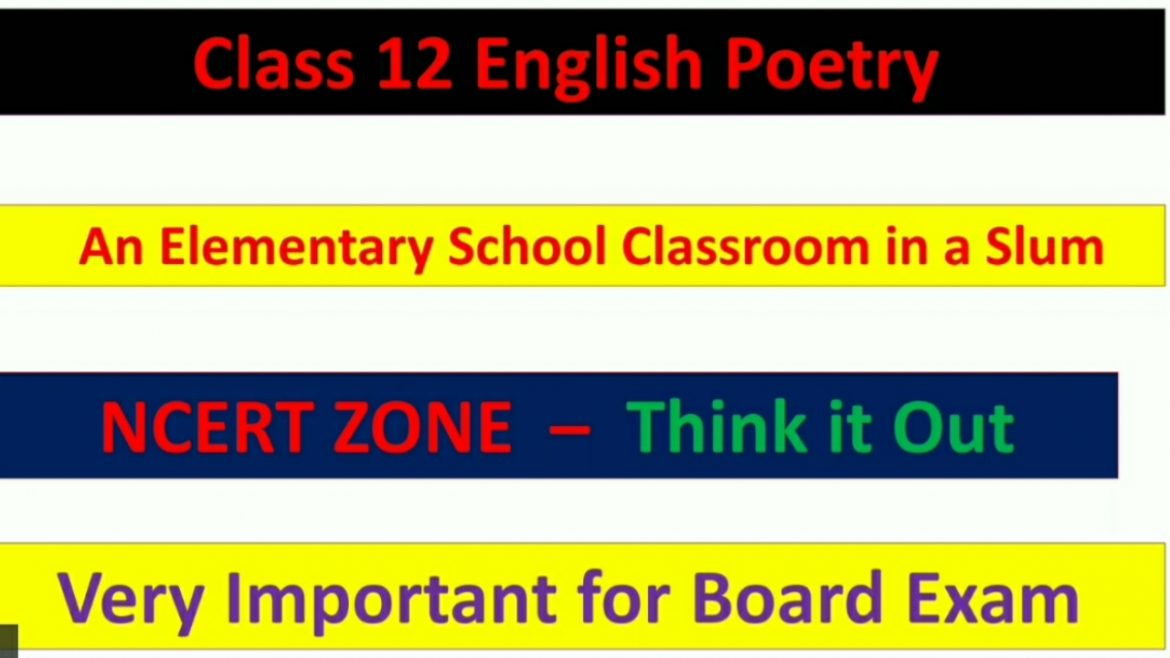 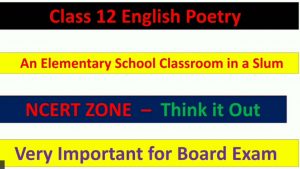 Question 1. Tick the item which best answers the following :

(a) The tall girl with her head weighed down means :

(b) The paper seeming boy with rat’s eyes means :

(i) sly and secretive

(i) has an inherited disability

(ii) was short and bony

(d) His eyes live in a dream. A squirrel’s game, in the tree room other than this means :

(i) full of hope in the future

(iii) distracted from the lesson

(e) The children’s faces are compared to ‘rootless weeds’

2. What do you think is the colour of ‘sour cream’? Why do you think the poet has used this expression to describe the classroom walls?

Ans. The colour of ‘sour cream’ is pale-yellowish. The poet has used this expression to suggest the decayig aspect. The fading colour of the walls matches with the faces of the children who read there.

3. The walls of the classroom are decorated with the pictures of “Shakespeare’, ‘buildings with domes’, “world maps’ and beautiful valleys’. How do these contrast with the world of these children?

4. What does the poet want for the children of the slums? How can their lives be made to change?

Ans. The poet wants the government, inspector and visitor to realise their responsibility towards the children of the slums. They should break the barriers that stand in the way of giving these slum children meaningful education and lead them from their narrow bleak slum into the wonderful world of education.