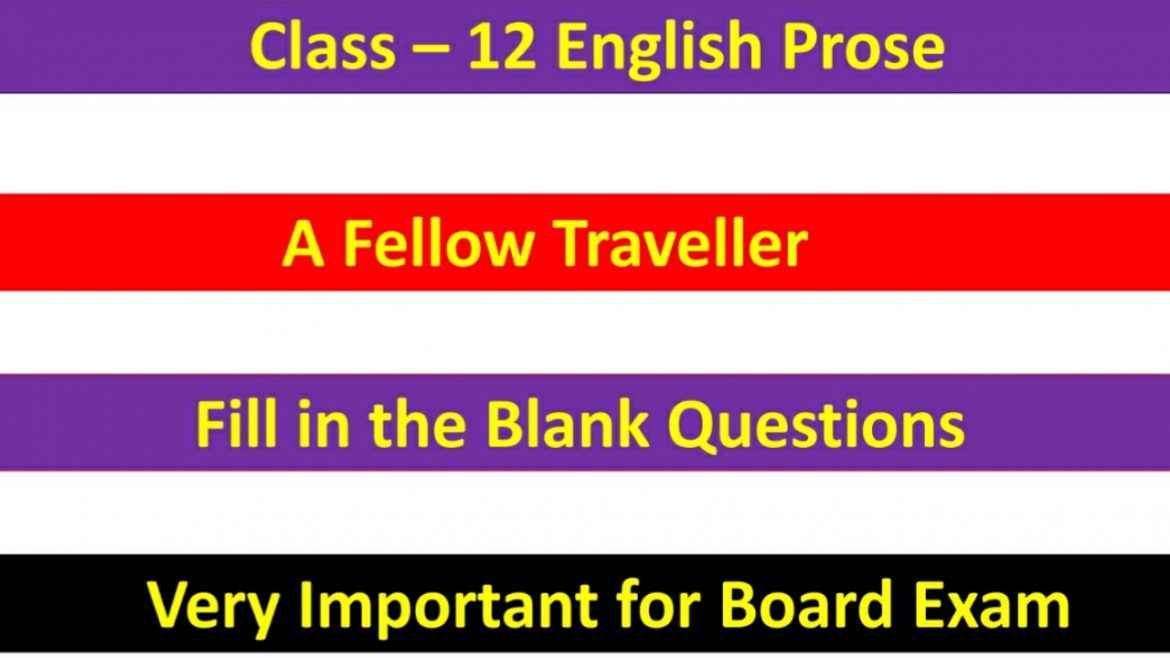 Important Fill in the Blank Questions of A Fellow Traveller 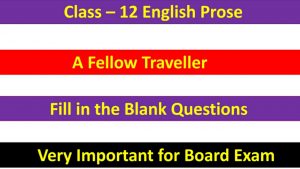 3. Fill in the following sentences, with the most suitable word given within the brackets :

(a) The train by which A. G. Gardiner travelled stopped at …….. stations.

(b) There is a pleasant sense of freedom …….. being alone in the carriage that is jolting noisily through the night.

(d) You are a vagrant, you are a public …….., you are traveling without ticket.

(e) Magnanimity and mercy were the noblest …….. of man.

(g) As I closed the door of the compartment, I saw my …….. fluttering round the lamp.

(l) I can not go …….. far as that in Christian charity and civility.

For Complete Preparation of English for Board Exam Visit Our YouTube Channel – https://www.youtube.com/c/Knowledgebeem