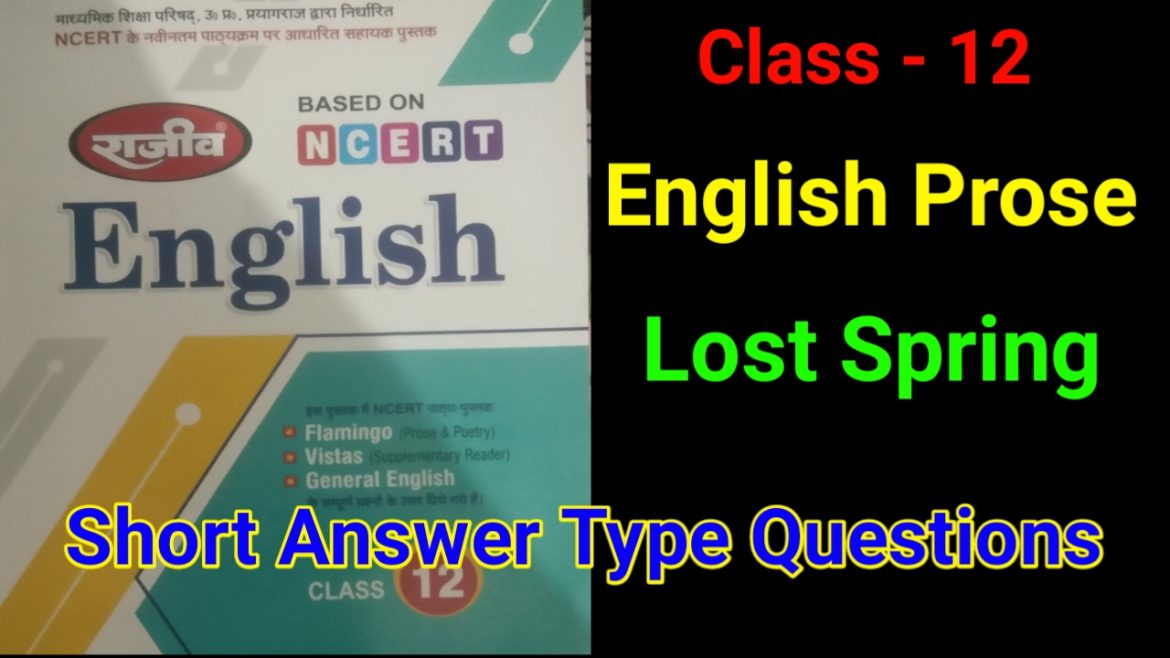 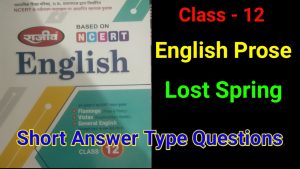 Answer the following questions in not more than 30 words each:

1. How many ragpickers used to live in Seemapuri, Delhi? How did they settle there?

Ans. In Seemapuri, Delhi, more than 10,000 ragpickers used to live. They have lived there for more than thirty years as they are the squatters who came from Bangladesh in 1971.

2. What was the meaning of garbage for children? What did they find in it?

Ans. For children, garbage was wrapped in wonder. In it, they sometimes found rupee, even a ten rupee note and therefore they didn’t stop scrounging in hope of finding more.

3. Why could the bangle-makers not organise themselves into a cooperative?

Ans. The bangle-makers could not organise themselves into a cooperative because they were trapped in the vicious circle of sahukars, middlemen, policemen, bureaucrats and politicians, who exploited them. If they tried to organise themselves, they would be beaten by the police and put in jail.

4. Why did ‘Anees Jung’ ask Saheb about the school? What was its impact on Saheb?

Ans – ‘Anees Jung’ asked Saheb about the school because she wanted to know about the intention of Saheb regarding studies. At the author’s offer Saheb immediately got ready to join the school, though the author offered him non-seriously.

5. Why did Saheb and other ragpickers not wear chappals? What excuse did they give for it?

Ans. Saheb and other ragpickers did not wear chappals because its their tradition to wander barefoot and they didn’t like to wear also. They excused that their mother didn’t give them from the shelf.

Ans. Mukesh’s grandmother believes in destiny. She believes that they cannot God-given lineage. It is their destiny to suffer like this. They were born in the caste of bangle-makers and will always be one, for they do not have any control over their destiny.

7. Describe Mukesh as an ambitious person.

Ans. Mukesh is an ambitious person because he wants to become a motor-mechanic by breaking free from the vicious web of generations of families being involved in bangle-making. He has the courage to dream of becoming a motor mechanic, thus breaking free from destiny.

8. What is Mukesh’s dream?
Ans. Mukesh belongs to the bangle-makers of Firozabad where each family is engaged in bangle-making. On asking, Mukesh says, “I will be a motor-mechanic. I will learn to drive a car.” Thus, he wants to be his own master. However, because he is caught up in the vicious cycle created by others, he will not be able to realise his dream and will remain a bangle-maker.

9. Describe the irony in Sahib’s name?

Ans. Saheb is a poor ragpicker who lives in Seemapuri. His full name is Saheb-e-Alan’, which means Lord of the Universe’.
The irony lies in the meaning of his name itself. According to his name, he should be a king and enjoy all the luxuries of life. But unfortunately, he is a barefoot ragpicker, who lacks even the basic necessities.

10. What does the bangles symbolize? What is the role of bangle makers of Firozabad?

Ans. The bangles symbolize an Indian woman’s ‘Suhaag’. The bangle makers of Firozabad produce the largest quantity of bangles in the country and export bangles to all over the world.

11. Why could the bangle makers not organise themselves into a co-operative? What do they face if they do so?

Ans. The bangle makers couldn’t organise themselves into a co-operative because if they do so, they are hauled up by the police, beaten and dragged to jail. They face the middlemen, police and other selfish people.

12. Why did Mukesh volunteer to take the narrator home? Who were there in the home?

Ans. Mukesh volunteered to take the narrator to his home because his house was being rebuilt and he wanted to show it to her. In the home, there were many members as Mukesh’s elder brother, his (brother’s) wife, Mukesh’s father, grandmother and few animals.