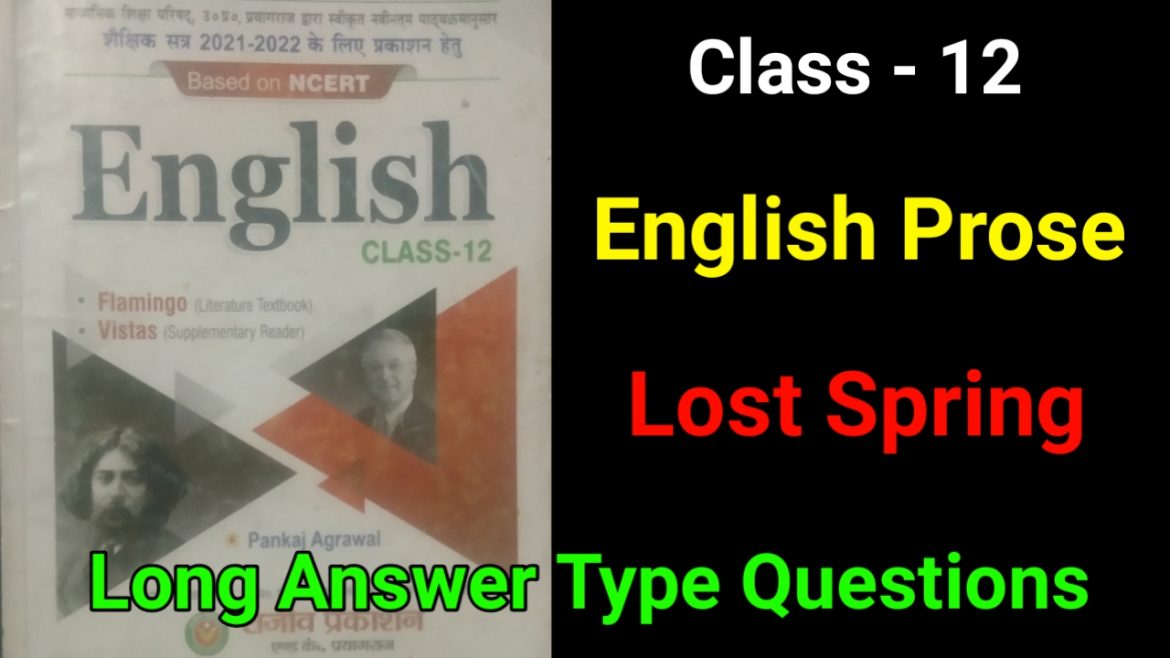 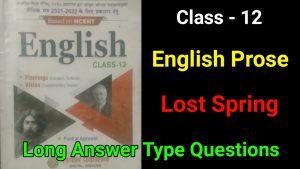 Answer the following questions in not more than 150 words each:

1. What is the vicious circle of middlemen? How are they trapped since the time of their forefathers? Can they get organised? If not, why? Explain.

Ans. The vicious circle of middleman is surely very vicious. Actually, whenever these bangle makers step out to come forward for any other work, they are hauled up and stopped by the policemen and sahukars, middleman, the keepers of law, the bureaucrats and the politicians. Whenever, they even think of any other trade, their thinking and abilities are killed. And this vicious circle of so called gentlemen of the society seems more powerful than a web of spider. They have been trapped since the time of their forefathers due to the same reason because this legacy is being transferred to every next generation. And due to this naturally felt and given legacy, the child accepts it very ordinarily. They can never be organised so easily because the middlemen, and others do not let them organised because of their own greed and selfishness. These so called important persons of the society thinks only of themselves and do the fake promises showing the false sympathy. So, their (bangle maker’s) reform remains a challenge for them as well as for government.

Ans. Seemapuri is a slum area located on the periphery of Delhi. Most of the residents of Seemapuri consist of people who are refugees from Bangladesh. Saheb’s family is emong them. The area consists of mud structures, with roofs of tin and tarpaulin. They do not have facilities of sewage, drainage or running water. About 10000 ragpickers live here. Their only means of livelihood is finding saleable items from rubbish. Thus, for them, the rubbish is as valuable as gold, for their survival depends on what they find in the rubbish. These ragpickers have lived here for more than thirty years without any identity. They do not have permits but have ration cards, thanks to the selfish whims and wishes of the politicians. With these, they can get their name on the voter’s lists and also buy grains for themselves at a subsidised rate.

3. Who was Saheb? What was the plight that compelled him to wander in the streets of Delhi for ragpicking?

Ans. Saheb who belonged to the family of ragpickers was a young boy wandering in the streets of Delhi with his friends. They were the squatters from Dhaka, Bangladesh where the storm has destroyed their green fields and homes. They were so poor that they could not go to school. Their parents were depend on ragpicking only for their livelihood and unable to bear any other expense except foodings. In total their poverty was the plight that compel Saheb and others like him to wander in the streets of Delhi for ragpicking.

4. How is Mukesh’s attitude towards his situation different from that of Saheb? Why?

Ans. Mukesh belongs to a bangle-making family, but he is not content with this profession. He dares to dream of becoming a motor-mechanic and driving cars. He has strong will power and wants to achieve what he dreams about, unlike other people in his family. In contrast to this, Saheb is a ragpicker who is content with his life, but becomes unhappy when he gets a job at a tea stall, even though now he is probably earning more and on a regular basis. Saheb is unhappy because he has lost his independence, which he had as However, Saheb accepts his new situation, whereas Mukesh want to break free from tradition. This is because Mukesh is more courageous and a ragpicker. determined than Saheb will ever be.

5. Every other house in Firozabad is engaged in glass industry. In every other yard, there finds the spiral of bangles. Even then the makers remain in miserable condition. What are the reasons? Explain with the suggestions to overcome this situation.

Ans. In India, Firozabad is the largest manufacturer of the bangles. Every other house in Firozabad is engaged in glass industry. In every other yard, there finds the spiral of bangles out what an irony that these families always remain in miserable condition. The reasons behind it are a lot in many ways as since generations, they’ve been engaged in only bangle making and not seen any other thing never so they are tolally dependent on this trade, whenever they think or effort for any other trade, they are stopped and hauled up by the police and other persons like middlemen, sahukars, the keepers of law, the bureaucrats and the politicians. Their condition can only be reformed by the combined efforts of bangle makers and the government both. Their products should be given ‘Hallmark’ and kept free from taxes. They should be given opportunity to sell their products directly to the companies and the mediators must be removed. Even the government can give subsidy and casy low interest loan to these poor bangle makers.

6. Who was Mukesh? What did he want to do in his life and what did he not want to follow?

Ans – Mukesh was a member of the family from Firozabad, engaged in bangle making, His whole family since last many generations, was involved in only bangle making. So, no person of such bangle making families could think of any other work naturally. As because of family trade, he himself too had to do the same work but Mukesh never wanted to follow that tradition. Actually, he wanted to be a motor mechanic for which he had to take a great pain going against his family tradition and members, without support taking the training. going very far from his house for learning etc. When the author asked him about his good, he straight-forwardly replied for motor mechanic.

For board exam preparation please visit our channel – https://www.youtube.com/c/Knowledgebeem

7. What did the narrator notice in the locality where Mukesh lived? What was the condition of bangle makers?

Ans. Where Mukesh lived, there the narrator noticed a lot of things as children illegally working in the glass furnaces with high temperatures, in dingy cells without air and light; stinking choked lanes with garbage; past homes that remain hovels with crumbling walls, wobbly doors; humans and animals living together; Mukesh’s house with a half-built shack and many other miserable things. There, the narrator noticed that the condition of bangle makers was very pitiable. They were very poor. Even after having the lunch, there was no surety of dinner. The labour of bangle makers was very hard whereas their income was too low that they were unable to send their children to the school. They were continuously fighting with poverty.

Install our Mobile App for board exam preparation – https://play.google.com/store/apps/details?id=com.knowledgebeem.online

8. Children like Saheb often go for private jobs in very small age. Is this their final destiny? How can such situation be overcome?

Ans. Children like Saheb often start to do the jobs in very small age and the only reason behind it is their poverty. Their parents have to earn money for survival first, then they could think for any other expense. Sometimes, they find no value of education in their life and remains uneducated. Mostly, this becomes their final destiny because when they engage themselves in such jobs once, then it seems very hard and impossible to run out of those. So, till their age, they got trapped in such jobs and deprived of real education. Such situation can only be overcome by the combined efforts of parents and government both. Every section of the society will have to work commonly and dedicately to fight with this evil of our society.