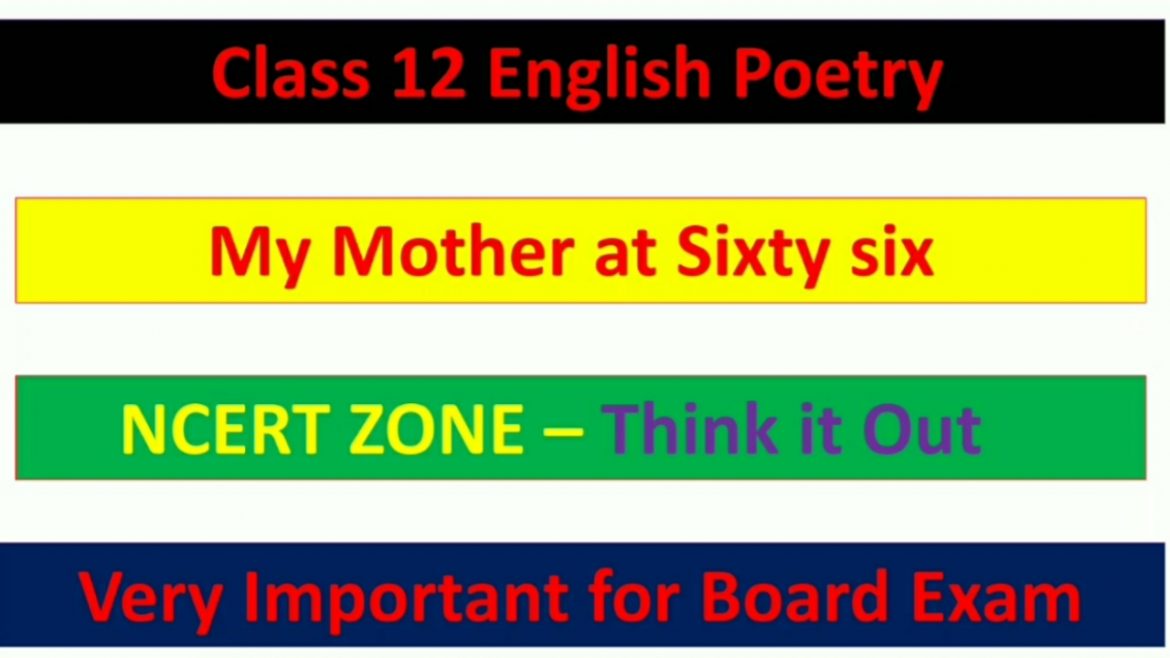 Question – 1 What is the kind of pain and ache that the poetess feels?

Ans. The poetess feels this pain that her mother was as old as she looked and she feels that old familiar ache of her childhood’s fear of losing her mother.

Question – 2 Why are the young trees described as ‘sprinting’?

Ans. Young trees are described as ‘sprinting’ because the poetess and her mother was travelling by car and that’s why the young trees along the road appeared to be sprinting.

Question 3 Why has the poet brought in the image of the merry children ‘spilling out of their homes’?

Question – 4 Why has the mother been compared to the ‘late winter’s moon’?

Ans. The mother has been compared to the ‘late winter’s moon’ because when the moon sets in winter season, it seems pale, wan and the same of the appearance of the mother at that age.

Question – 5 What do the parting words of the poet and her smile signify?

Ans. The parting words of the poet and her smile signifies that she was absolutely positive that she would meet her mother very soon when she will return from abroad.