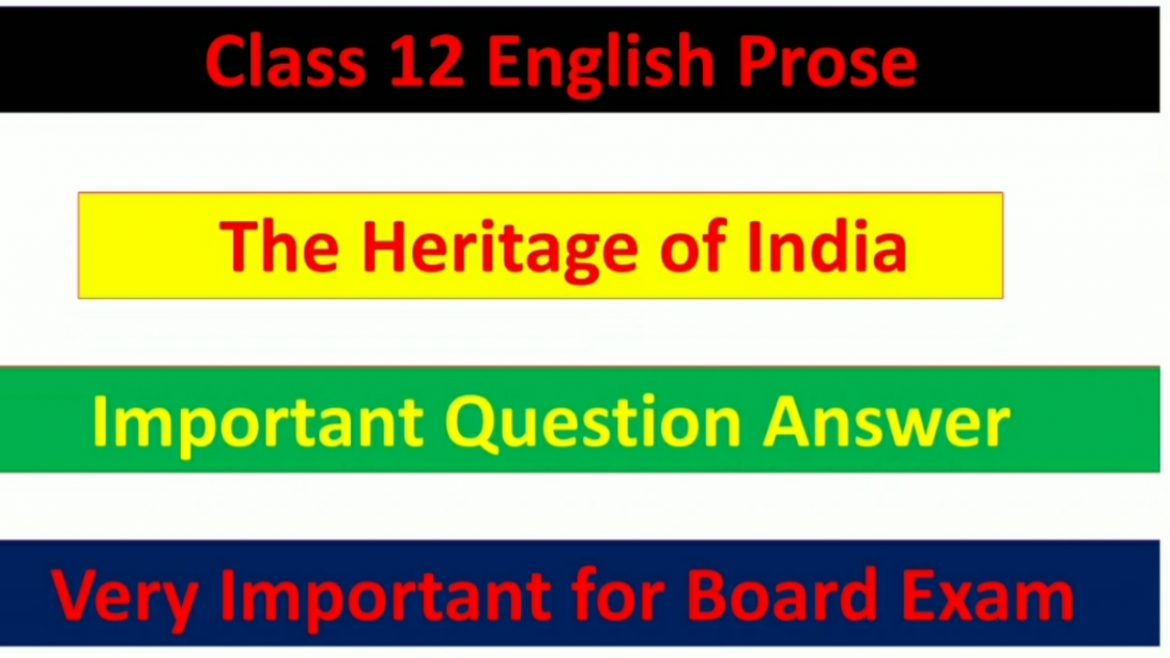 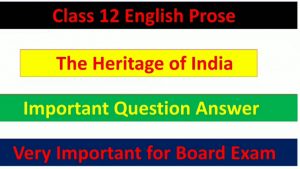 Short Answer type questions of the lesson ‘The Heritage of India’ :

Ans. Ram Mohan Roy advocated of social reform in India. He raised his voice against the Sati system. He also supported widow marriage.

Qu. 2 What according to Vivekanand was the highest form of service to the Great Mother?

Ans. According to Vivekanand the highest form of service to the Great Mother was social service.

Qu. 3 How will Hindu civilization retain its continuity?

Ans. The Hindu civilization will retain its continuity through the preachings of the Bhagawat Gita, the Upanishads, the Mahabharat and the Ramayan.

Qu. 4 What does the heritage of India consist of?

Ans. The heritage of India consists of Hindu culture and traditions, the Bhagwat Gita, the Upnishads, the Ramayan, the Mahabharat etc.

Qu. 5 What is unique about Indian culture?

Ans. The unique about indian culture is the quality of synthesis. Indian culture has also retained Hindu civilization’s continuity.

Question 6 – What do you understand by social service as religious duty?

Question – What do the Bhagavad Gita and the Upnishads do according to A. L. Basham?

Visit Our YouTube for Complete Preparation of English for Board Exam – https://www.youtube.com/c/Knowledgebeem

For Complete Preparation of English for Board Exam Please install our Mobile App – https://play.google.com/store/apps/details?id=com.knowledgebeem.online