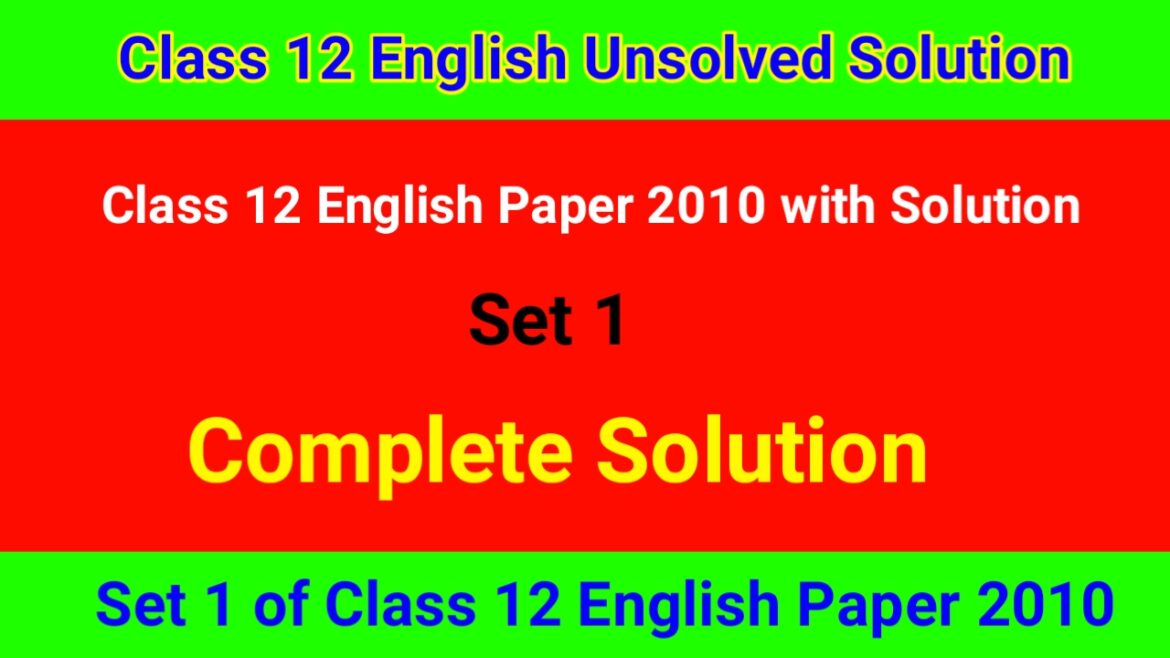 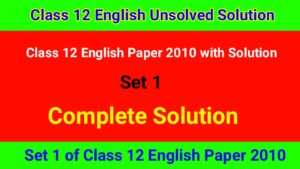 9. (a) Change one of the following into indirect form of speech :

(i) Gita said, “My mother served in Delhi before retirement.”

Indirect – Gita said that her mother had served in Delhi before retirement.

(ii) I said to the guest, “Are you comfortable here?”

Indirect – I asked the guest if he was comfortable there.

(i) I saw a man. He was blind. He was carrying a lamp in his hand. (Simple Sentence)

Simple – I saw a blind man carrying a lamp in his hand.

(ii) This is a house. He was born here.  (Complex Sentence)

Complex – This is a house where he was born.

(i) He is too poor to buy the books. (Rewrite the sentence removing ‘too’)

Ans. He is so poor that he can not buy the books.

(ii) No other city in India is so big as Mumbai.  (Superlative Degree)

Ans.  Mumbai is the biggest city in India.

Correct – The news is correct.

(iii) The patient died before the doctor came.

Correct – The patient had died before the doctor came.

Correct – It being a very hot day, I could not go out.

Correct – One must do one’s duty.

Ans. to and fro (इधर उधर) – Why are you moving to and fro in the park?

(iii) a bone of contention

(i) A person who does not believe in the existence of God.

(ii) One who looks at the dark side of things.

(iii) A traveller is space.

Ans. – Adapt (अनुकूल बनाना) – We should adapt ourselves to the changing conditions.

11. Translate the following into English

During the reign of Maharaja Ranjeet Singh, a young man named Khushal Singh was his bodyguard. He was Brahmin by caste. He was appointed as a servant at the salary of five rupees per mensem but after some time he became the guard in the palace. One day Maharaja Ranjeet Singh went out at night in disguise to see the condition of the city. He returned late after night. That time Khushal Singh was on his duty as a watch and ward. He did not recognize his master and got him sat beside himself throughout the night. In the morning when he recognized the Maharaja, he was very much embarassed and ashamed at his fault. But the Maharaja did not become altogether angry on him, on the other hand, being pleased with his faithfulness, he appointed him as his bodyguard . Khushal Singh too discharged his duty honestly to the Maharaja throughout his life.

For Complete Preparation of English for Board Exam please Visit our YouTube channel –
https://www.youtube.com/c/Knowledgebeem