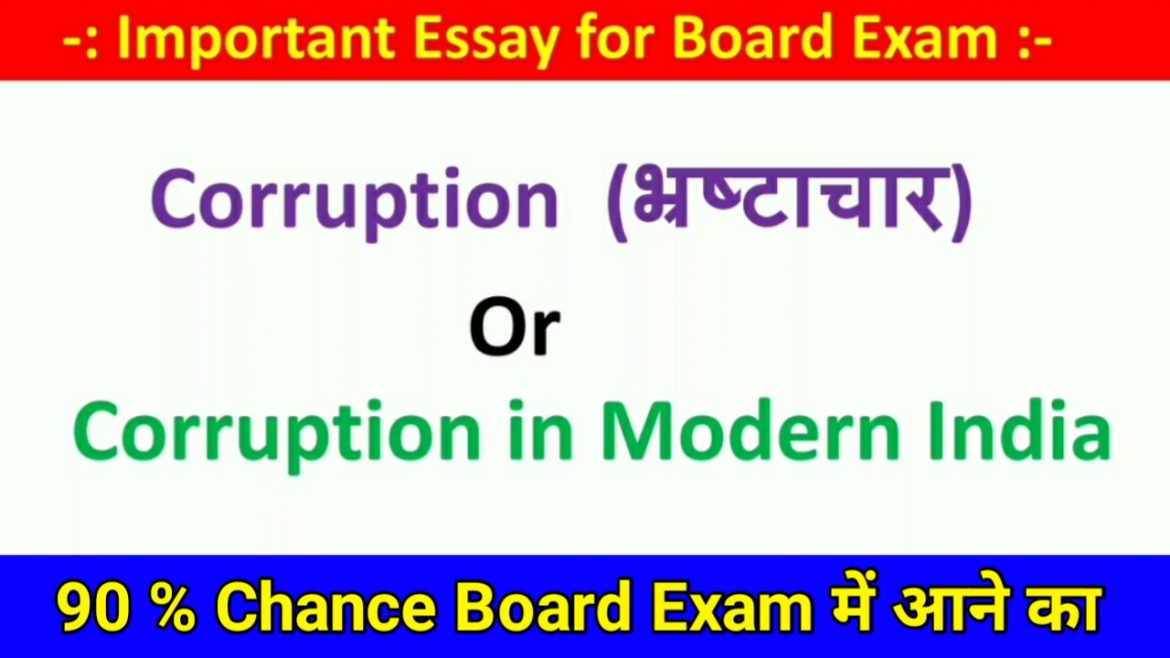 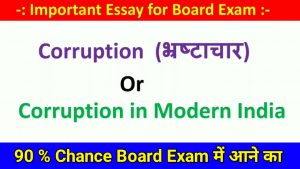 Public dealing counters in the most of the government offices are the places where corruption is at large scale. Undue favour of anyone for money or any other gain is corruption. Dishonest, exploitation, scams etc are also the forms of corruption.

Hunger for Money – These days people have hunger for money. We can go to any extent to get money. If anybody does not pay money on office places it is sure that his work will not be done. People talk of morality and value based life. But that is only for outer show. Their inner voice is something else. Their inner voice is always crying for money. Police are supposed to be the symbol of law and order and discipline. But they are also indulged in corruption. We often see on the road, police demand money from the drivers of trucks just by using their government power.

Essay on Science : A Blessing or Curse https://knowledgebeem.com/science-a-blessing-or-curse-essay-in-english/

Remedies for Corruption – Corruption can be removed from the society if people can start to believe the values of ethics and morality in their life. God has given the wisdom to human beings. So people should listen and follow the voice of their heart. The role of the politician should be minimized. States should made funding of election expenses for candidates. Persons with criminal records should not be allowed for fighting elections. Strict actions against corrupt officers or leaders must be taken.

Conclusion – Corruption is like diabetes. It can only be controlled but not totally removed. It may not be possible to root out corruption completely at all the levels. But it is possible to reduce it. Corruption spoils our image in the international market. We are the persons who are motivating corruption. We support corruption that is why it exists.

For complete preparation of English for board exam please visit our channel – https://www.youtube.com/c/Knowledgebeem

Install our Mobile App for Board Exam Preparation https://play.google.com/store/apps/details?id=com.knowledgebeem.online